What started as a simple photographic expedition to capture images of the world’s largest penguin turned into much more.  The journey alone to the Emperor Penguin colony was a harrowing, unforgettable experience as the dreaded Drake Passage in the Southern Ocean lived up to its reputation and changed the lives of many onboard the Russian icebreaker Kapitan Khlebnikov through injury and broken bones.

Meanwhile, evidence of the changing climate affronted us at every turn.  Thinning sea ice allowed the ship to maneuver closer to Snow Hill Island, Antarctica than its previous journey in 2010. The penguin colony, likewise, had to settle closer to the island but still lived its life cycle completely in water or on sea ice.  They had no fear of us; rather, we enjoyed a mutual curiosity. Parents tended to their two-month old chicks who were beginning to exert their independence but still relied on their parents to feed them a regurgitated meal. Our impact on these creatures was not by our presence in the colony those three days but by our actions over time that have changed the global temperature and environment. Their impact on us, however, was transformational: the 100 voyagers plus crew witnessed an emotional beauty unlike any other.

Local Arizona photographer, Dr. Amy Novotny, captured the daily life of these Antarctic dwellers and presents both the artistic side of nature photography as well as the reality before us. Besides bringing awareness to this region of the world, her hope with these images is to tug at your heart so you make daily choices that can improve and restore this world. Come learn about and view the arduous journey to the colony, the unique Emperor life cycle and the artistic beauty of this gentle bird. 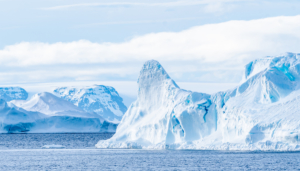 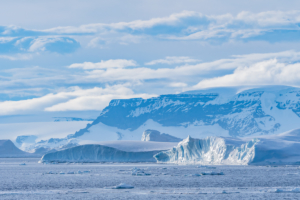 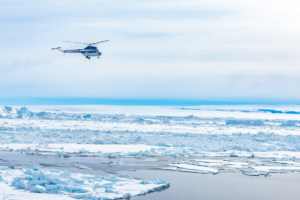 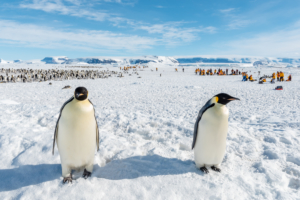 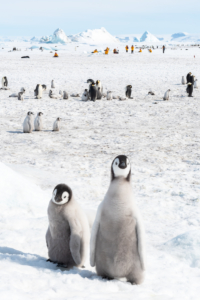 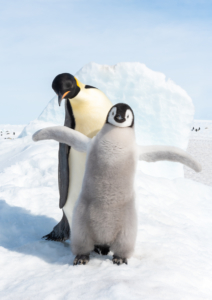 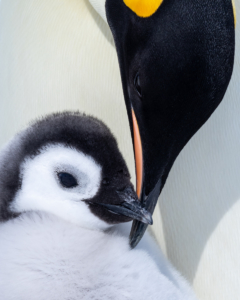