Inherent Worth and Dignity 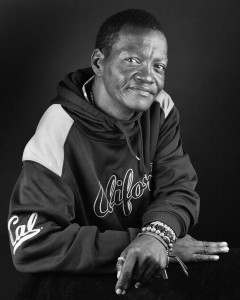 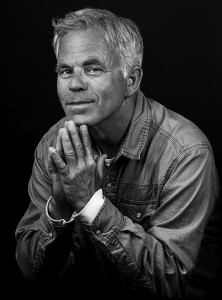 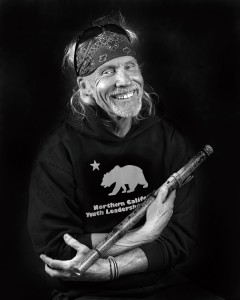 Inherent Worth and Dignity – Portraits by Bob Sadler

The Inherent Worth and Dignity Project began two years ago with a simple request, “Could you please do some portraits of the homeless men who come to our church for a meal and an overnight stay once a month?”

The request came from the Interfaith Homeless Emergency Shelter Program (I-HELP) in Monterey County. I-HELP is simple and effective.  In a set rotation, local faith based organizations provide dinner and shelter to the 25 homeless men in the program each night. The program has never missed a night of food and shelter in all those years.

With the help of one of the I-HELP members, the Unitarian Universalist Church of the Monterey Peninsula, we’ve been making portraits, writing essays and conducting video interviews of the men in the I-HELP program ever since.

Fourteen year-old Cassidy Hausmann-Mason joined the team to interview the men and describe them in written essays.  A sophomore at the York School in Monterey, Cassidy clearly has a calling as a writer and advocate of social justice.

Timothy Barrett also joined the team and rounded out our partnership with an amazing ability to produce video interviews of the men who were willing tell their own stories.  Timothy is the founder and owner of Digital Streaming Network, which delivers quality media production and strategic digital asset management services to educational and public relations campaigns inclusive of onsite event production. He is a well-known advocate of homeless programs and was elected to the Monterey City Council in November of 2014.

Our intent is to find the ‘inherent worth and dignity’ of each man and portray and communicate those fine qualities for all to see.

These portraits are our effort to look at homeless men “through another peephole.” As Steinbeck so effectively said in Cannery Row, the stereotype knows these men as “whores, pimps gamblers, and sons of bitches.”  Steinbeck went on to say that when you look at these same men through another peephole, you see “saints and angels and martyrs and holy men.”  We looked at these men through Steinbeck’s other peephole.  It’s our intent to weaken the stereotype of homelessness and build empathy that might be converted to better public policy and more effective support.

We are transformed by doing the work.  The moments are precious and the interactions are breathtaking. The self-esteem of the men rises, and viewers most often say, “How could this man be homeless?”

At an April 2013 I-HELP meeting, I was standing in the supper line and a homeless man in front of me, by the name of Ferdinand, turned and asked if I was the photographer.  I said I was.

“Well,” he said, “you know what they’re saying about you don’t you?”

“They’re saying that it’s good luck to have a picture taken by you.”

“Because eight of the first ten men you worked with got jobs and housing the next month and we don’t have a history of getting that many people placed.”

“No, it’s not a coincidence,” he insisted.

“Is it because they’re using the pictures to apply for jobs and housing?” I asked.

“Well.” he said, “when they get up in the morning, they reach for the picture you gave them instead of a mirror, and they say to themselves. ‘Hey, that’s a good-looking guy!  He deserves a job and a house!’ See, you make them feel good about themselves and that helps them in interviews!”

“Yes, really. And, that’s why I want my picture taken by you tonight. I want some of that good luck. Can we do that?”

And, that was a defining moment. “Aha.” I said to myself.  “This more than an art project . . . it’s also a social justice project. This is a project that could change hearts and minds.”

After supper, I did his portrait.

I gave him this portrait at the next meeting and, sure enough, he beat the odds. Ferdinand found a place to live in June.  So have fourteen of the men in this collection.