Saint Anthony’s: An Orthodox Oasis in the Arizona Desert

Given exclusive access into this unique enclave of approximately sixty monks which live a communal religious life at the monastery, Hunsaker brings us into their lives through his images. These images created from both film and digital, yield a glimpse into a society of men living a religious existence separate from mainstream society. 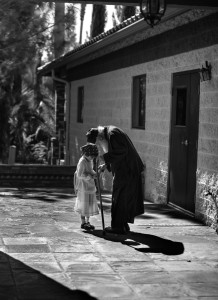 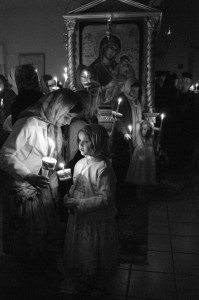 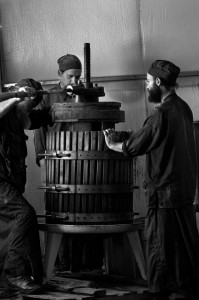 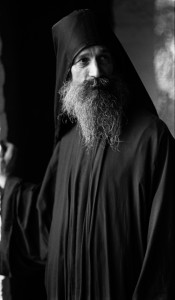 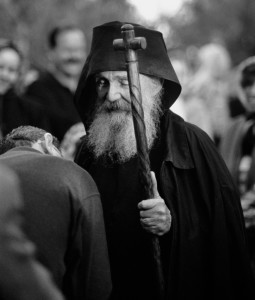 Building of St. Anthony’s began in 1994 under the guidance of the monastery’s Holy Father, the Elder Ephraim, who also created nineteen other monasteries throughout the United States. The monks seek entry into monastic life desiring a clearer communication path to God and relief from the distractions of outside society

Prior to acceptance into the monastic order and becoming a Father, the monks must first spend a number of years as novices prepping their commitment and testing their resolve to live the monastic life. Their daily schedule can often be as long as eighteen to twenty hours filled with prayer, services, and daily toils. The work assignments, given by the Abbott, Geronda Paisios,  include daily tasks of growing much of their food to feed the monks and visiting pilgrims. They also do much of the new construction of facilities while maintaining the current structures and grounds.

In conjunction with the exhibition, Art Intersection will offer for sale the photobook entitled “St.  Anthony’s A Monastic Oasis in the Arizona Desert” which brings a more extensive collection of Hunsaker’s images made during this thirteen year project. 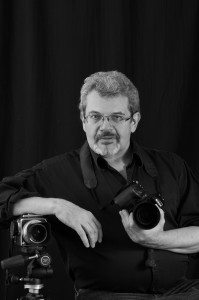 Involved in the photo industry for over forty-three years, David LeRoy Hunsaker has worked in many facets of photography including photo journalism, commercial photography, photo education, and camera store retail.

David’s creative passion lies in making black and white images of people in an artistic documentary style. “Capturing the soul of lesser seen cultures in society truly motivates me to make images”.

As a member of the nonprofit organization Through Each Others Eyes David has made images and produced exhibitions in the U.S., Japan and Mexico. His travels have also taken around the western states documenting the rural life of farmers, ranchers and Native Americans. “My projects can take months or even years so that I delve beyond the surface of the human condition recording life in an inspiring light.”